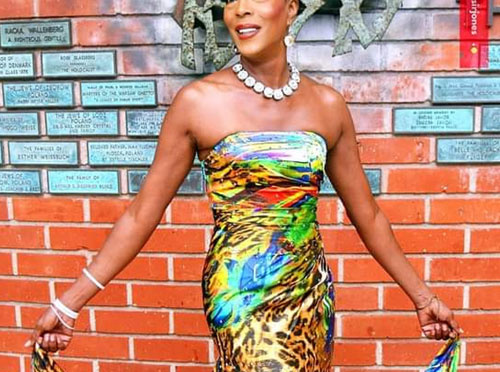 Miss Black Teen New York 1982 Cosandra Calloway began her media career when she was crowned the winner of the Ms. Black Teen New York Pageant in 1982. She was inspired to work for Radio City Music Hall as the Press Contact for Liberace for 16 days as she was a student at John Jay College of Criminal Justice. It was here that she discovered college radio. Her first celebrity interviews on college radio WJJC were: with Rev. Jesse Jackson; Debbi Morgan and Darnel Williams stars of All My Children; Susan Taylor, Editor-in-Chief of Essence Magazine; and Suzette Charles who took over for Miss America after Vanessa Williams resigned in 1984.  Shortly after this time Cosandra Calloway began work as the General Manager booking talent at New York’s first and most popular hip hop club called The Latin Quarter. It is at this historical club that she booked hip hop icons such as Will Smith’s first show; Boogie Down Productions; Dana Dane; Hosted Bobby Brown’s 16th Birthday Party; and produced, hosted, and directed the first ever official Latin Quarter Hip Hop Awards to name a few. Cosandra Calloway continued to stay involved and impactful in the entertainment industry as an agent and artist manager as she worked with Today, The Boys, The Braxtons, and Gerard and the Gents to name a few. Then she went on to be the executive assistant and tour manager for Toni Braxton. She also served as General Manager at Red Eye Records.  This pivotal time coupled with an early desire to help those in need laid the foundation for her to launch Feed The Streets.  Her radio show Callywood Live (2009-2018) garnered over 4 Million listeners with shows jam-packed with, celebrity gossip, interviews and more. She has interviewed, Regina King, Barbara Eden, Hallie Berry, Laila Ali, Kris Jenner,  Jermaine Jackson, Vivica A. Fox, Queen Latifah, Holly Robinson-Peete, and a host of others. The success of Callywood live gave her the opportunity to take her unique interviewing style to the red carpets of Hollywood.  Now since she has the memorabilia and new platform of Callywood Media she is the executive director of Feed The Streets, The Hostesses with the Mostest, bringing you the most amazing Calliosity, as you help her to Feed The Streets.