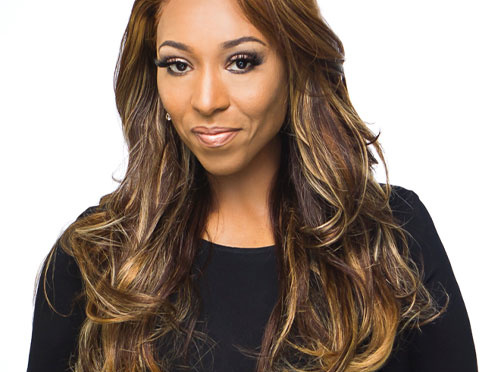 Scheli Jones began her career as a hair stylist in 1991, in Orange County
California. She quickly built a remarkably diverse clientele specializing in cuts, colors,
and different types of hair extensions. In 1996, Scheli took advanced classes so that
she could sharpen her skills. She specialized in haïr extensions, once she began
applying what she had learned, Scheli found herself creating her own methods of
applications, focusing on customers who were in need of hair replacement.
In 2000, Scheli became a certified Great Lengths Technician. She mastered the
method of individual hair extensions and experienced a huge growth in her clientele.
However as new clients came to her, Scheli discovered a widespread problem — many
of the women were not viable candidates for hair extensions because they were
suffering from hair loss due to alopecia or other illnesses. This challenge forced Scheli
to create her own methods to address these special needs. Wanting to give her clients
a complete, more natural look, Scheli took additional classes learning how to make
wigs.

In 2005 Scheli opened her parent company Hair Work Intl. Where she designs
and sells her wig artistry. As the demands for wigs have grown over the years so has
Scheli, she prides herself on her innovations. No longer able to keep up with the
demand Scheli has a staff that she has trained to bring her creations to life. Her
company specializes in natural looking hairlines and flowing wigs that are extremely
hard to detect, even up close. Her work has graced the heads of celebrities such as
Paula Abdul, Tyra Banks, Tasha Smith, Serena Williams, and Brandy Norwood just to
name a few.

Scheli is at again, and she didn&#39;t let 2020 slow her down, but rather, she is
launching her new wig line, Arilay Beauty, that will bring high-end wigs to the homes of
women around the county. In addition to launching Arilay Beauty, Scheli is also
launching her wig restoration company called REVIVEMYWIG.COM. Scheli is an
innovative entrepreneur, loving wife, faithful mother, and a woman on a mission to
impact the world through her unique gifts and talents.